Persistent disparities in access to education remain prevalent in the US. These disparities prevent access to pathways for attainment of degrees and employment in science, technology, engineering, and mathematics (STEM) and reflect the exclusion of Blacks, Hispanics/Latin Americans, and Native Americans from the STEM educational process. This has resulted in signficant underrepresentation of Blacks in the scientific workforce, especially among biomedical and behavioral researchers. The consequences of this under-representation include a lack of diversity in research conducted, and in treatment and public health approaches undertaken. In short, the under-representation of Blacks in the STEM workforce impacts what is studied, how findings are interpreted, which participants and ethnic groups are prioritized, and ultimately, contributes to the significant health disparities experienced by Blacks and other excluded groups.

Demographic projections highlight the urgency of the imperative to increase the representation of Black and Hispanic STEM students and scientists as these groups become a larger percentage of the U.S. population. The 2017 United States Census clarified the evolving demographics in the U.S. by projecting that the population of Blacks in the country will increase from 43 million in 2016 to over 60 million in 2060. The number of Hispanics in the country will almost double from 57 million to 111 million during that same span of time. Simultaneously, the number of Whites will remain fairly stable, growing from approximately  248 million to 275 million between 2016 and 2060.

Data from the U.S. Census Bureau (2019) suggest the continuing inadequacy of education policies and practices to grow the number of Blacks who complete the BA or BS degree. Blacks (non-Hispanic) represent approximately 13% of the U.S. population of some 324.4 million, and Whites (non-Hispanic) represent approximately 60%. However, Black parity lags far behind that of whites in higher education achievement. Among holders of Bachelor’s degrees in the 25+ age group, Blacks represent 9.1% and Whites represent 71.4% of degree holders. In this same group, among holders of advanced degrees, Blacks represent 8.7% and Whites hold 72%.

National Science Foundation (2019) data indicate a significant lag in STEM degree attainment for Blacks compared to their White counterparts. The table below presents degree attainment at the undergraduate and graduate levels for Black and White STEM workers in 2016. It is noteworthy that only 6% of STEM bachelor’s degrees were attained by Black males. This poor outcome sets the ceiling for pursuit of graduate degrees and pathways to the STEM PhD. (NSF, 2019).

The National Science Foundation’s report on Women, Minorities, and Persons with Disabilities in Science and Engineering (2015) found that representation of Blacks in the U.S. STEM Workforce falls significantly behind their representation in the population. For example, in 2015 Blacks accounted for 5% of Science and Engineering (S&E) degreed workers while making up 13% of the working age population; Whites constituted 67% of the S&E degreed workforce.

The National Science Foundation’s Report on STEM Education Data and Trends (2019) also found that representation of Blacks and Hispanics in the U.S. STEM Workforce had fallen significantly behind their representation in the population. This underrepresentation was complicated by another inequity - persistently lower salaries for Blacks in STEM careers. 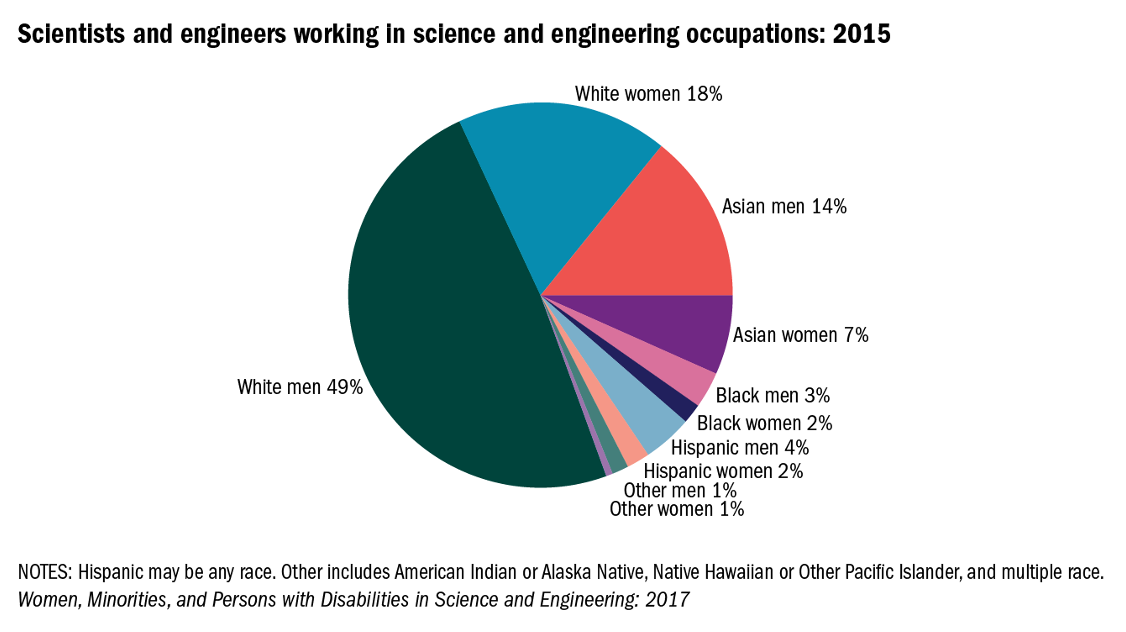 The HBCU Model as a Solution: The Imperative for Morehouse

Historically, Morehouse has excelled in producing STEM and other graduates who have also completed the PhD. According to the NSF, in the time spanning 2003-2012, Morehouse was the number one baccalaureate origin institution for Black male doctorate recipients in science and engineering (NSF’s STEM category), life sciences, physical sciences, social sciences, education and humanities.

Adherence to this model has allowed Morehouse and other HBCUs to significantly outperformed their R1 counterparts in serving as the baccauleate origin for Black PhDs in the United States. At their best, HBCU faculty and programs serve to incubate STEM scientists, creating individualized experiences for students that prepare them for achievement in the classroom, laboratory, and in other settings that allow them to grow as scientists.

Morehouse College is a demonstrated leader in reducing inequities in education access, implementing effective educational strategies, and removing institutional and systemic barriers that result in the under-representation of Blacks in STEM. Through institutionalized strategies that develop Black male scientists Morehouse is a vital and necessary training center on the STEM education pathway - serving its social justice mission to create a more equitable world. Morehouse will continue to play a pivotal role in addressing the under-representation of Black males in STEM and remains a worthy investment as a leadership and STEM education incubator known for producing Black men who complete PhDs and take their place in the STEM workforce.

National Science Foundation (2019). Women, Minorities, and Persons with Disabilities in Science and Engineering. Online at: https://ncses.nsf.gov/pubs/nsf19304/digest/field-of-degree-minorities#blacks-or-african-americans

Jann H. Adams, Ph.D., is a Professor of Psychology, the Associate Vice President for Leadership Initiatives, and Lead Director of the Andrew Young Center for Global Leadership (AYCGL) at Morehouse College